Get fresh music recommendations delivered to your inbox every Friday.
We've updated our Terms of Use. You can review the changes here.

by François Ribac and Eva Schwabe 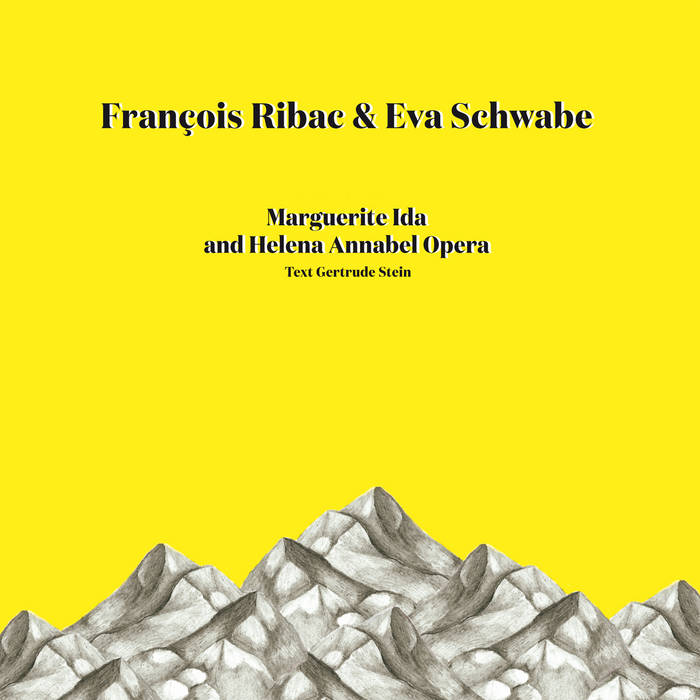 Musicians and machines recorded and mixed by Charles Frossard at
Mesa Studio in 2000, Soignolles (France) except You do or you do not (12) recorded by Robin Mory at Triphon Studio in 2016, Dijon (France).
Vocals recorded by Pierre Monteil at Radio France in 2009 and in 2016 by DJ Attak at Corridor’s Studio, Dijon.

Mixed and mastered in 2016 by Rob Aubrey with François Ribac and Eva Schwabe at Aubitt Studios, Southampon (UK) except How Do You know? (8) mixed by Charles Frossard.

French composer François Ribac and german singer Eva Schwabe have been working together since the early nineties. Together they have created and performed various operas and plays as well as music for silent movies. Their records have been published by MUSEA (France) and No Man's Land (Germany) ... more

Bandcamp Daily  your guide to the world of Bandcamp

Alex Rita and Errol from Touching Bass feature in our special London edition of the Bandcamp Weekly.